Go is an open source programming language that makes it easy to build simple, reliable, and efficient software. The Go programming language is an open source project to make programmers more productive. Go is expressive, concise, clean, and efficient. Its concurrency mechanisms make it easy to write programs that get the most out of multicore and networked machines, while its novel type system enables flexible and modular program construction. Go compiles quickly to machine code yet has the convenience of garbage collection and the power of run-time reflection. It's a fast, statically typed, compiled language that feels like a dynamically typed, interpreted language.

Before We Start the Tutorial We will build a small game during this tutorial. You might be tempted to skip it because you’re not building games — but give it a chance. The techniques you’ll learn in the tutorial are fundamental to building any React app, and mastering it will give you a deep understanding of React. The tutorial is divided into several sections: Setup for the Tutorial will give you a starting point to follow the tutorial. Overview will teach you the fundamentals of React: components, props, and state. Completing the Game will teach you the most common techniques in React development. Adding Time Travel will give you a deeper insight into the unique strengths of React. You don’t have to complete all of the sections at once to get the value out of this tutorial. Try to get as far as you can — even if it’s one or two sections. What Are We Building? In this tutorial, we’ll show how to build an interactive tic-tac-toe game with React. You can see what we’ll be building here: Final Result. If the code doesn’t make sense to you, or if you are unfamiliar with the code’s syntax, don’t worry! The goal of this tutorial is to help you understand React and its syntax. We recommend that you check out the tic-tac-toe game before continuing with the tutorial. One of the features that you’ll notice is that there is a numbered list to the right of the game’s board. This list gives you a history of all of the moves that have occurred in the game, and it is updated as the game progresses. You can close the tic-tac-toe game once you’re familiar with it. We’ll be starting from a simpler template in this tutorial. Our next step is to set you up so that you can start building the game. Prerequisites We’ll assume that you have some familiarity with HTML and JavaScript, but you should be able to follow along even if you’re coming from a different programming language. We’ll also assume that you’re familiar with programming concepts like functions, objects, arrays, and to a lesser extent, classes. If you need to review JavaScript, we recommend reading this guide. Note that we’re also using some features from ES6 — a recent version of JavaScript. In this tutorial, we’re using arrow functions, classes, let, and const statements. You can use the Babel REPL to check what ES6 code compiles to.

As an asynchronous event-driven JavaScript runtime, Node.js is designed to build scalable network applications. In the following "hello world" example, many connections can be handled concurrently. Upon each connection, the callback is fired, but if there is no work to be done, Node.js will sleep. const http = require('http'); const hostname = '127.0.0.1'; const port = 3000; const server = http.createServer((req, res) => { res.statusCode = 200; res.setHeader('Content-Type', 'text/plain'); res.end('Hello World'); }); server.listen(port, hostname, () => { console.log(`Server running at http://${hostname}:${port}/`); }); This is in contrast to today's more common concurrency model, in which OS threads are employed. Thread-based networking is relatively inefficient and very difficult to use. Furthermore, users of Node.js are free from worries of dead-locking the process, since there are no locks. Almost no function in Node.js directly performs I/O, so the process never blocks. Because nothing blocks, scalable systems are very reasonable to develop in Node.js. If some of this language is unfamiliar, there is a full article on Blocking vs. Non-Blocking. Node.js is similar in design to, and influenced by, systems like Ruby's Event Machine and Python's Twisted. Node.js takes the event model a bit further. It presents an event loop as a runtime construct instead of as a library. In other systems, there is always a blocking call to start the event-loop. Typically, behavior is defined through callbacks at the beginning of a script, and at the end a server is started through a blocking call like EventMachine::run(). In Node.js, there is no such start-the-event-loop call. Node.js simply enters the event loop after executing the input script. Node.js exits the event loop when there are no more callbacks to perform. This behavior is like browser JavaScript — the event loop is hidden from the user. 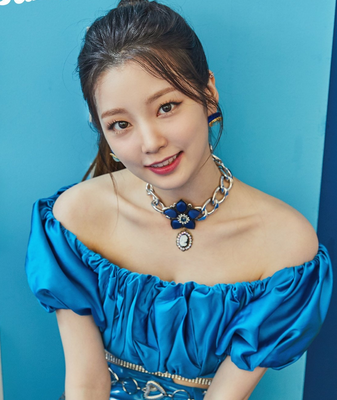 What is Vue.js? Vue (pronounced /vjuː/, like view) is a progressive framework for building user interfaces. Unlike other monolithic frameworks, Vue is designed from the ground up to be incrementally adoptable. The core library is focused on the view layer only, and is easy to pick up and integrate with other libraries or existing projects. On the other hand, Vue is also perfectly capable of powering sophisticated Single-Page Applications when used in combination with modern tooling and supporting libraries. If you’d like to learn more about Vue before diving in, we created a video walking through the core principles and a sample project. If you are an experienced frontend developer and want to know how Vue compares to other libraries/frameworks, check out the Comparison with Other Frameworks.

Lorem Ipsum is simply dummy text of the printing and typesetting industry. Lorem Ipsum has been the industry's standard dummy text ever since the 1500s, when an unknown printer took a galley of type and scrambled it to make a type specimen book. It has survived not only five centuries, but also the leap into electronic typesetting, remaining essentially unchanged. It was popularised in the 1960s with the release of Letraset sheets containing Lorem Ipsum passages, and more recently with desktop publishing software like Aldus PageMaker including versions of Lorem Ipsum. Contrary to popular belief, Lorem Ipsum is not simply random text. It has roots in a piece of classical Latin literature from 45 BC, making it over 2000 years old. Richard McClintock, a Latin professor at Hampden-Sydney College in Virginia, looked up one of the more obscure Latin words, consectetur, from a Lorem Ipsum passage, and going through the cites of the word in classical literature, discovered the undoubtable source. Lorem Ipsum comes from sections 1.10.32 and 1.10.33 of "de Finibus Bonorum et Malorum" (The Extremes of Good and Evil) by Cicero, written in 45 BC. This book is a treatise on the theory of ethics, very popular during the Renaissance. The first line of Lorem Ipsum, "Lorem ipsum dolor sit amet..", comes from a line in section 1.10.32. The standard chunk of Lorem Ipsum used since the 1500s is reproduced below for those interested. Sections 1.10.32 and 1.10.33 from "de Finibus Bonorum et Malorum" by Cicero are also reproduced in their exact original form, accompanied by English versions from the 1914 translation by H. Rackham.

Hi from my bestfriend :) - Yunkyoung